We were very pleased to be invited along to the presentation of a brand new minibus at Fred Nicholson school, Dereham on Friday 10th July.  Representatives of Norfolk’s Lord’s Taverners and Lady Taverners came along to the school to oversee the handover of the vehicle.

As guests of the school the Lord’s Taverners, Lady Taverners, and special guest, Graham Cole, we were treated to the school’s celebration assembly where the children received recognition for excelling during the week. A lovely assembly for all concerned. Along with announcements and awards the Deputy Head, Jane Hayman, held up a poster with words to the effect:- If I am angry I will control myself so I do not hurt myself or others. That struck me as an important message that everyone, kids and adults, should take on board and remind ourselves of from time to time.

After assembly we moved on the main event where Graham Cole, who played PC Tony Stamp in ITVs The Bill, handed over a giant key to Jane Hayman. The official handover ceremony took place in the school playground in glorious sunshine, which was lovely! The minibus, painted green and with a cricketing motif and the slogan Giving young people a sporting chance, will be used to transport pupils to sporting events, sports lessons, museums, the theatre and other educational visits.

After the presentation we were given a tour of the school and I must say it was a really nice school; lovely atmosphere, great kids & teachers and staff. The school had also prepared an awesome cake to commemorate the occasion. 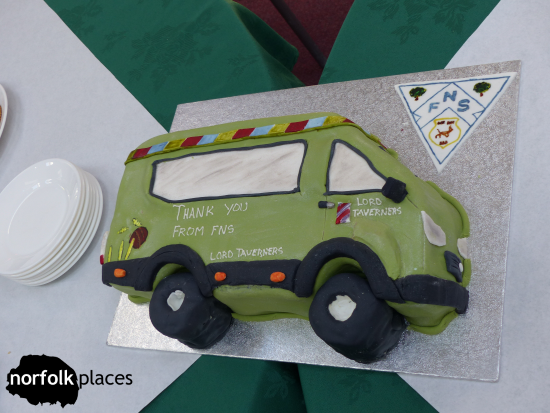 It was great to see some of the children recognised Graham from his TV work, and he made the day of many of the staff members by posing for photos with them! 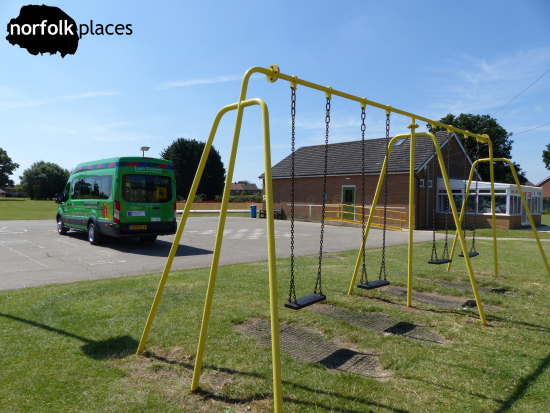 Fred Nicholson School
The school currently meets the needs of 120 pupils in the main school and 12 in a specialist Autistic Spectrum Disorder (ASD) provision in Orchard House. All pupils have Statements of Special Educational Needs identifying learning difficulties and a range of associated complex needs.

Graham Cole is best known for his portrayal as PC Tony Stamp in the ITV police drama The Bill, a role he has played from 1984 until 2009.

Prior to this role, Graham worked in theatre and musicals. He has also worked in other television series, such as Noel’s House Party, Dr Who, Sooty and Co, and narrated the programme Police Stop!

Graham continues to work on TV and stage; He’s loves doing pantomimes every year (particularly playing the villain!) and theatrical stage productions too.  In September Graham will be on tour in a production of You’re Never too Old with Diane Keen.

Graham works with several charities and was awarded an OBE in 2013.

The Lord’s Taverners is the UK’s leading youth cricket and disability sports charity whose objective is to give disadvantaged and disabled young people a sporting chance.

The Lord’s Taverners benefits hugely from the support of its highly regarded members, many of them drawn from the world of sport and entertainment. The list includes Alastair Cook, Andrew Strauss, Greg James, Will Greenwood, James Haskell, Miles Jupp, Dame Tanni Grey-Thompson, Jonathan Agnew and Mike Gatting.

To see the many different ways you can get involved with the Lord’s Taverners, from volunteering, fundraising or even playing cricket for us, please go to www.lordstaverners.org for more details.

Find out more about the Lady Taverners