Support the nook appeal by visiting Father and Mother Christmas, and making a lantern at Vancouver Quarter this Christmas

A King’s Lynn shopping centre is ramping up fundraising efforts over the festive period by offering customers the chance to visit Father and Mother Christmas, and take part in a lantern-making workshop.

Money raised will go to the nook appeal, being run by East Anglia’s Children’s Hospices (EACH), that Vancouver Quarter has been supporting as its charity of the year. 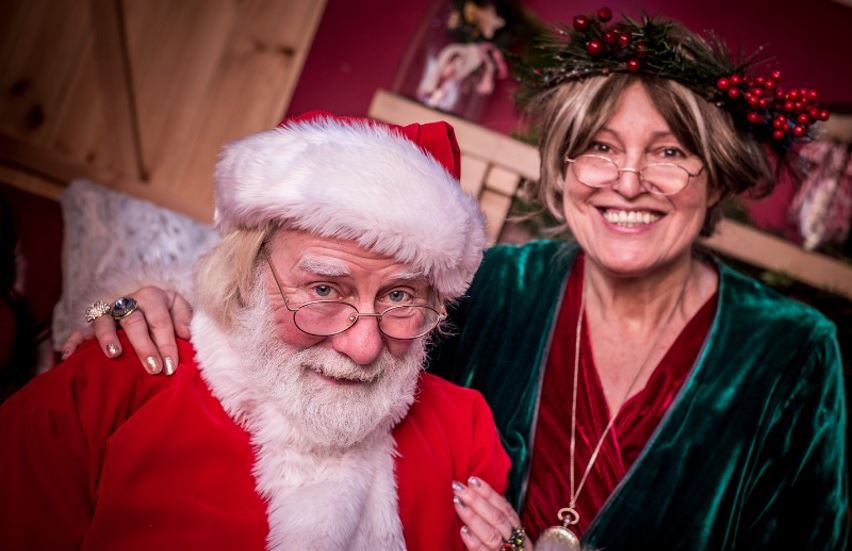 The lantern-making workshop will take place this Saturday (1 December). The inspiration comes from Light Up EACH Life, EACH’s Christmas campaign to celebrate the life of every child it cares for or has cared for in the past.

EACH is also delighted the shopping centre will sponsor its Bubble Rush, when the hit event returns to King’s Lynn for its second staging on 16 June.

Vancouver Quarter has backed the nook appeal this year through its support of and staff taking part in the first Bubble Rush and the GEAR 10k, plus its own events including Fairytales and Legends, and also by wrapping empty windows with information about the cause.

Tina Burdett, EACH West Norfolk Regional Fundraiser, said: “The nook will serve children and young people with life-threatening conditions and their families right across Norfolk, so it’s great to be receiving support from Vancouver Quarter in King’s Lynn.

“Foundations for our new hospice were dug out in November last year, so we’re a year closer to making our vision for improved children’s palliative care a reality. We still have plenty left to raise before it, hopefully, becomes operational next summer, so need the continued support of individuals, community groups and businesses across the county.”

Abbie Panks, Vancouver Quarter Centre Manager, added: “EACH does an absolutely incredible job of supporting children and their families across the region, and we’re glad to support them. EACH relies on donations, so every single penny raised is vital to the charity and its work. Workshops and the grotto remain free to participate in, but if you’re able to make a donation it will be very gratefully received.”

For more information about the Santa’s grotto and lantern-making workshop, and to get involved, go to www.vancouverquarter.com.

More details about the King’s Lynn carol service are on www.each.org.uk and more about next year’s Bubble Rush will be there soon.