You know how every so often there’ll be a new never-heard-before Beatles song released; Found in the archives of tracks recorded by the band and filed away. And it’s normally pretty decent too, and you think to yourself “why didn’t they release that at the time?” Well, it’s sometimes like that here at NorfolkPlaces, but instead of tuneful popsongs we’re talking about photos and reviews.

Go back in time a couple of years and we were heavily focused on website redevelopment so we postponed a few posts for a rainy day. So, it was a “Free as a Bird” moment when we came across some pictures from Holkham Hall in our archives. The remaining Beatles would be proud! These pictures were taken a couple of years ago in early spring. Luckily we had already drafted some review notes.

We hope to revisit Holkham Hall again soon as we know there have been a few changes since we last visited.

Find out more about Holkham Hall, including how to get there and all the upcoming events 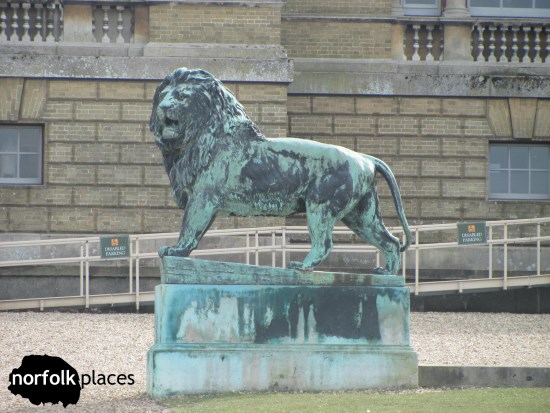 Wow! What a lovely place Holkham Estate is. I’ve been to Holkham beach many times over the years, but this was our first time we had ventured on over to see Holkham Hall.  As we approached the car park we discovered that there was a woodland play area, which was a bit of a bonus. Great for letting the kids burn off some energy at the start and the end of the visit!

There are several walks around the grounds, and we took the boys on a leisurely spring saunter along the The Lake Walk (ok, boys don’t saunter they zoom!), which was nice.

Being a local beer aficionado I spotted some local brews in bottles in the restaurant. Made a mental note to check them out but the time I got home the mental note had been erased (I’ll blame the kids, not old age!).

I’d love to go back and spend a bit more time looking at the Hall and the exhibits. Perhaps without the boys (they’d break something!) or when they’re a bit older. 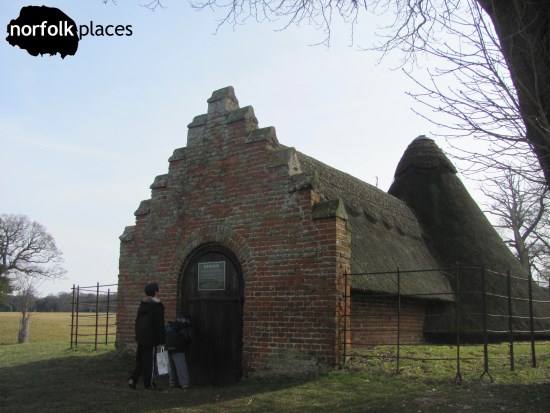 Luke (9 at the time of visit) – Well, I liked Holkham Hall. It was big and looked important, but for me there was oodles of space to run around outside, and the play area was pretty nice.  The walk was ok, though Dad kept shouting to not go too far ahead! Them lion statues looked neat and the Ice room thing (Ice House) was kinda interesting. Oooh, yeah. Lunch. Lunch was tasty and, well, yeah, that’ll do won’t it Dad? Can I watch telly now?  Oh yeah. FYI we wuz awesome! (i.e. he’s spotted the field note tip below!)

Ben (5 at the time of visit) –  Oh dear! I didn’t see a deer! (He guffaws to self, then hugs my arm.) The play area was fun and I did like that Ice Man’s house (i.e. the Ice House) – The Ekimo (sic) wasn’t at home. We could’ve said “Hi!”
At that point I didn’t get much more out of him as it had been a long day. This is roughly how the rest of the conversation went). Luke wants to watch Transformers but it’s loud and scary and I’d like to watch Justin’s House, can’t I? You’re in charge, Dad (hugs arm tighter). Dad? Luke’s got a snack. Can I have a snack too? I’ll let you choose what we watch…… 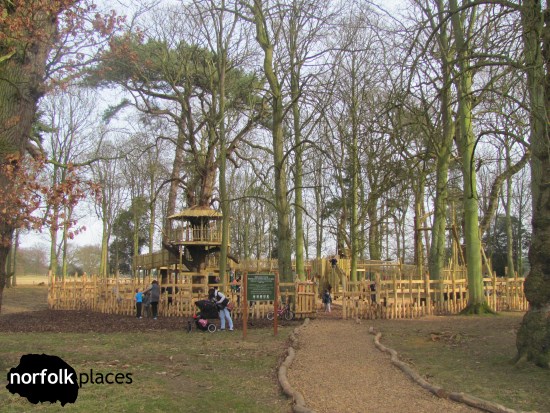 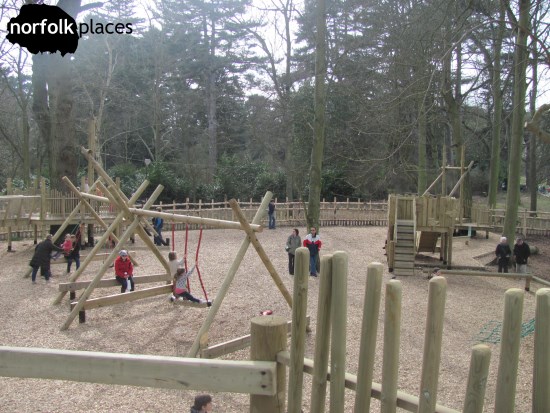 Duration of stay: Approximately 2-3 hours, however, we could’ve stayed longer especially if we’d gone to the Bygones Museum (which has since closed, but there will be a new exhibition in 2016) or for a tour of the Hall.

As with all places where there is water, please keep an eye on your youngsters at all times.

Top tip – take the kids on the woodland play area before you do anything else. They can always go on again at the end of the day if they’ve behaved awesomely!

It’s a good idea to check our listing of Holkham Hall before visiting to see what events could be on at the time of your visit.

We’ve added some extra pictures to our Facebook page. Go and check them out! 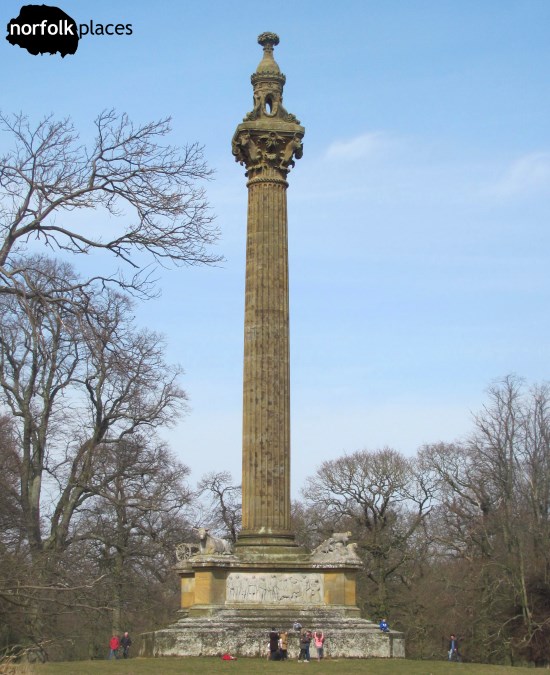